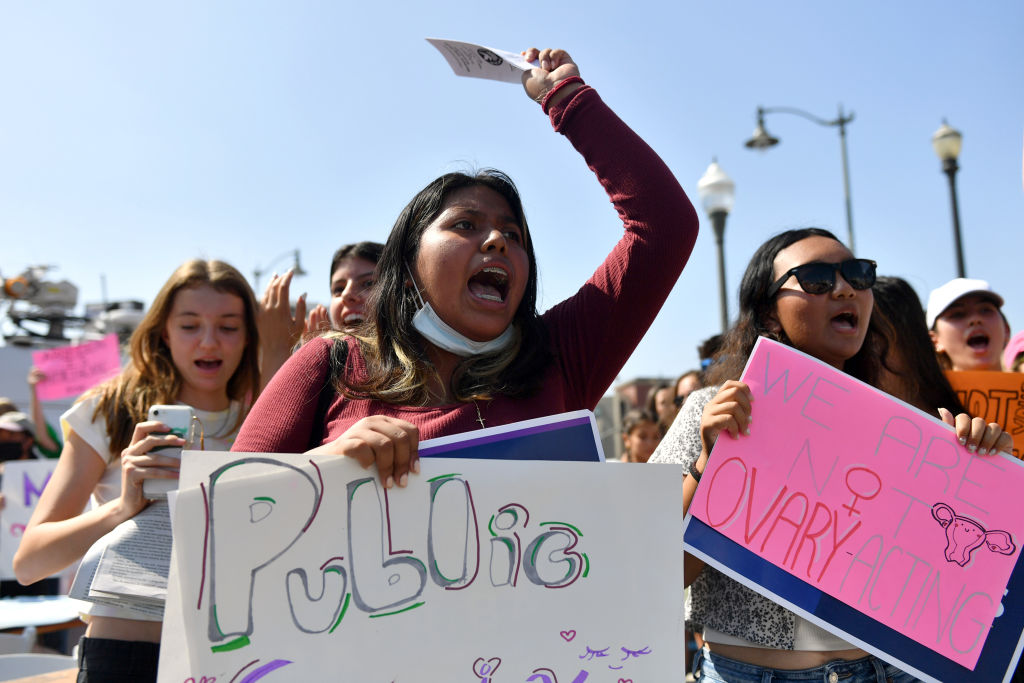 Censorship is a dirty word in America, and so it should be. It imposes silence upon speech, creating an empty void which instead should be filled with debate and discussion. As anti-abortion lawmakers continue to draft legislation to limit abortion access, opponents of new bans are horrified by the sweeping prohibitions lurking within—such as proposals that censor discussion on the topic, or worse, throw those who dare to speak behind bars.

On June 15, 2022, almost a month after the publication of the leaked version of the Dobbs v. Jackson Women’s Health Organization decision overturning Roe, and just days before the final decision was delivered, James Bopp Sr., general counsel to the National Right to Life Committee (NRLC), sent a nationwide memo outlining model legislation for a post-Roe United States. The legislation is designed to criminalize all aspects of abortion care from the moment of conception until birth.

The legislation both seeks to criminalize abortion within a state, and create impediments for a woman to obtain a legal abortion outside her state of residence if she lives in an anti-abortion state. Among the more terrifying aspects of the proposed legislation is the criminalization of any speech in anti-abortion states designed to provide information about the procedure, including transmission “over the telephone, the internet, or any other medium of communication.” The NRLC legislation does not…Read More